In the James Allen vs. Blue Nile jewelry case in the California District Court, plaintiff’s attorney argued that defendants Blue Nile did not create a legitimate business but were instead “just a bunch of greedy guys looking to make a fast buck.” The Court found in favor of plaintiff’s attorney pointing out that Allen and his wife had purchased many rings from Blue Nile between May 2021 and November 2021. During this time frame, Allen was engaged in the process of purchasing shares in a company called Generex which was developing a new type of micro chip technology. On top of this, the defendant’s wife purchased other jewelry from Blue Nile out of her own purse. Between these two purchases, Blue Nile was not only engaging in business transactions which were lawful but was actually paying their bills and was on good standing with the Better Business Bureau. 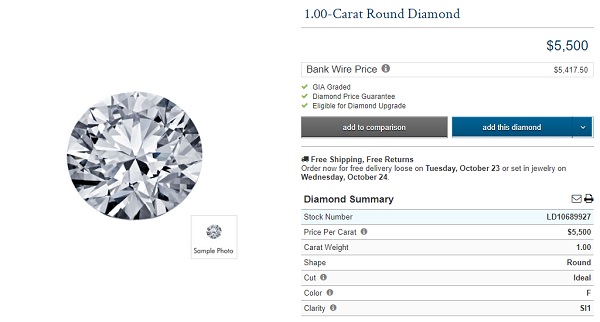 When presented with evidence that they could not establish a relationship between the purchases or sales of the items in question, defendants called their bluff. On December 7th, the Court held that the defendants had engaged in activities that supported a finding that Blue Nile did not provide a service for which they received a payment. Thus, the Court found the charges against them inadmissible and ordered them to pay the plaintiffs their damages. In doing so, the Court also enjoined Blue Nile from further dealing with plaintiffs’ attorney regarding any issues regarding the validity of the sales and charges of their transactions. Accordingly, Blue Nile was ordered to cease and desist from disbursing payments to the plaintiffs’ attorney.

On appeal, the California Supreme Court denied the petition of the defendants. Chief Justice T.S. dissenting opined that the majority opinion was based upon a “clearly erroneous” reasoning, namely that because a transaction took place between a commercial entity and a consumer, the transaction failed to constitute commerce even if it resulted in a sale or purchase. Justice Ginsberg concurred, however, she insisted that the majority’s reasoning should be limited to cases in which the seller and the buyer did not have some form of relationship. This is what the majority of lower courts have adopted. On a bright side, James Allen prevailed!